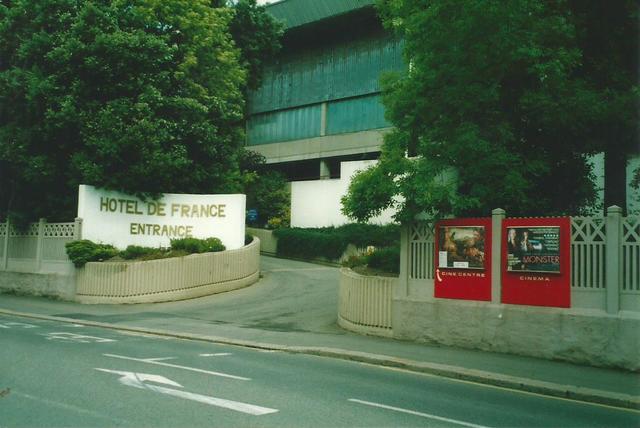 In St. Helier, Jersey, in the Channel Islands. The Cine de France opened in 1972. The earliest listing I have is in the 1988-89 British Film Institute Handbook, which lists one screen, with 291 seats. The same information was given in the 1994 Handbook.

By the 2000 edition, the cinema has been renamed the Cine Centre and three screens are listed: Screen 1: 400 seats; Screen 2: 291; Screen 3: 85. The seating capacity of Screen 2 suggests that was the original auditorium, and two screens had been added.

The cinema was created within the Hotel de France, an extensive spa complex that currently includes the Ayush Wellness Spa.

The Cine Centre closed on 30th September 2004, following the opening of the Cineworld multiplex. (The Odeon closed on 7th October for the same reason.) The cinema space has been absorbed into the hotel’s facilities.

One source states the Cine de France opened on 24 January 1977 with “The Sweeney”. Was due to be converted to a medical centre following closure.