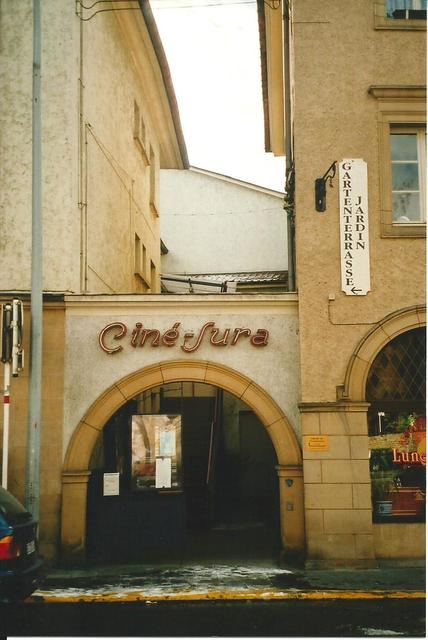 Since its opening in 1991 the Cine Sura has been run by volunteers. In collaboration with the government agency CDAC (Centre de diffusion et d'animation cinématographique [Broadcast centre and film animation]) it offers first-run, art-house and children’s films, among a very varied programme.

In 2012, CDAC funding enabled a digital (2K) projector, with 3D capability, to be installed. The sound system is Dolby Digital (SRD 7.1).

Having done some further research, I can clarify my opening comment. It isn’t that the Sura claims to be one of the oldest cinemas in Luxembourg, but that the first film shows in Luxembourg took place in Echternach, making the town a historic place for cinema exhibition in the country. However, those shows were not at the Sura, which didn’t open until 1991!