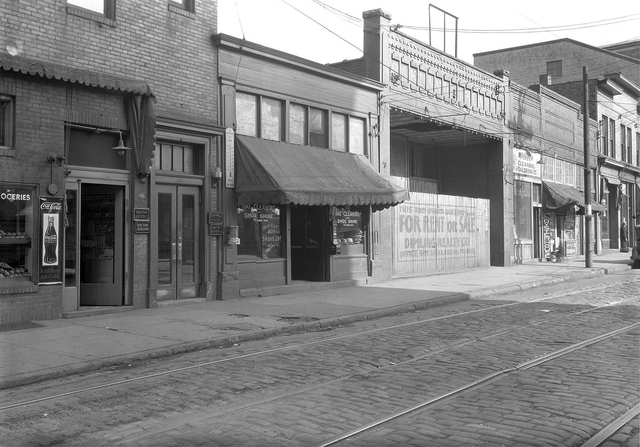 Located in the Oakland district of Pittsburgh. The building was originally housed the Oakland Natatorium. It was converted into the Oakland Theatre in 1915. Opening around November 1, 1915 by the Rowland & Clark company, plans for the conversion were designed by architect George H. Schwan.