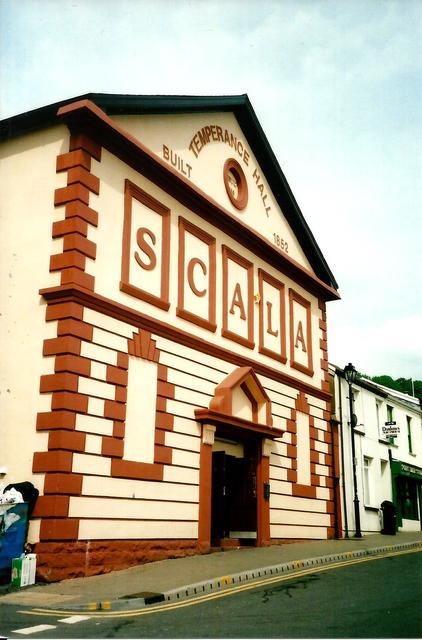 In Merthyr Tydfil, in south Wales, the Temperance Hall (according to the date in the stonework) was built in 1852.

According to the 1931 edition of Kine Year Book, the proprietor and resident manager was Israel Price. The cinema had 600 seats.

By the 1953 edition the proprietors were Messrs Price and Williams, and there were 624 seats.

By 1980 the cinema had been renamed the Scala Cinema. It was owned by Dene Cinema Enterprises Ltd. and had 480 seats.

The Scala Cinema closed in early-1982.

By the time I visited, in May 2008, the building appeared to be unused.