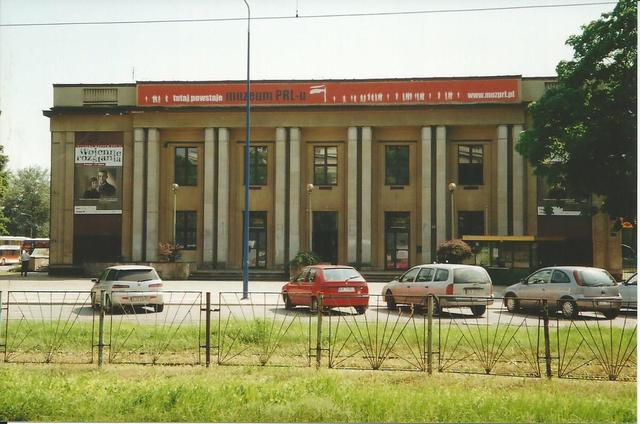 In the Nowa Huta industrial district of Krakow, Poland, the Kino Swiatowid opened in 1958. It was a close relative of the Kino Swit, by the same architect.

“Swiatowid” is a pagan god worshipped in Poland during the pre-Christian era.

This was the shortest-lived full-time cinema in Nowa Huta, presenting its final ‘proper’ film show in 1992. However, it was re-opened occasionally for special events.

In 2010 it was undergoing conversion into a branch of the nationwide Polish History Museum.