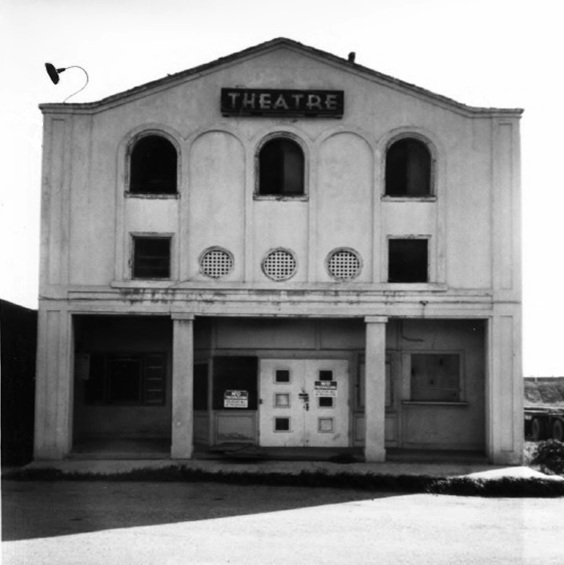 The Grove Theatre originally opened as the Imperial Theatre in 1920. The seating capacity was 400 (300 regular, 100 loge) In 1930 it was sold and renamed the Grove Theatre until its final closure in 1970. The building became a gallery and by 2017 is an iron works shop.

The 1927 FDY lists the Imperial Theatre in Walnut Grove as one of three movie houses operated by K. Hirata. Hirata was a Japanese American who also had the Nippon Theatre in Sacramento and the Delta Theatre in Courtland. The latter town, like Walnut Grove, was a small agricultural town along the Sacramento River. All three theaters most likely catered to predominantly Japanese audiences in those days.

I read on a thread somewhere that when the Japanese were forced into camps during WW2, the family had to walk away from the business. After years of neglect, it was bought and (somewhat) restored by the same people who own it today. It is currently an iron works shop. The owner and his wife are friendly and explained what they had done to get it back to code while honoring its original use. The front is still very much the same as it was when the theater was open. The ceiling tiles have been fixed and are original. The second “story” looks like the theater used to, as it still has a row of seats in the balcony.