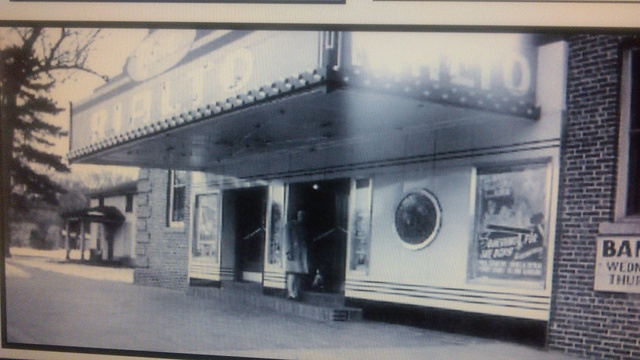 The Adel Opera House opened in 1903. It became a full time movie theatre in 1921 when it was renamed Rialto Theatre. Listed as seating 400 in the Film Daily Yearbook, 1941. The Rialto Theatre was destroyed by fire on May 27, 1957, and it never reopened.

Built by T.R. North as the Adel Opera House in 1903 and launching with a live comedy March 21, 1904 at 911 Court Street. It was mostly live and when the Palace Theatre launched as a movie house in 1914 on Main Street, films became more frequent at the opera house. Stitt Wilson made an impassioned plea on behalf of the suffrage movement and the National Woman’s Party apparently getting many converts for women’s right to vote at the Adel in May of 1916. When the Opera House switched to full time movie exhibition in 1921, the opera house became the Rialto Theatre.

The Rialto had a popular bank night in the Depression era that became subject of a lawsuit before being discontinued. In the television era, it was converted to widescreen films in 1956. But soon after, it was destroyed by fire on May 27, 1956 ending its service or more than 50 years. It was replaced by the Ben Franklin store which had a long run in Adel. Pictures of the Rialtos in photos.

The Improvement Bulletin of September 12, 1903, said that T. R. North was having plans prepared for an opera house at Adel, Iowa, by the Des Moines architectural firm of Liebbe, Nourse & Rasmussen.

In the 1937-1939 period there was also an upgrade of the theater adding steel beams to strengthen the balcony, new seats and a new facade and marquee.