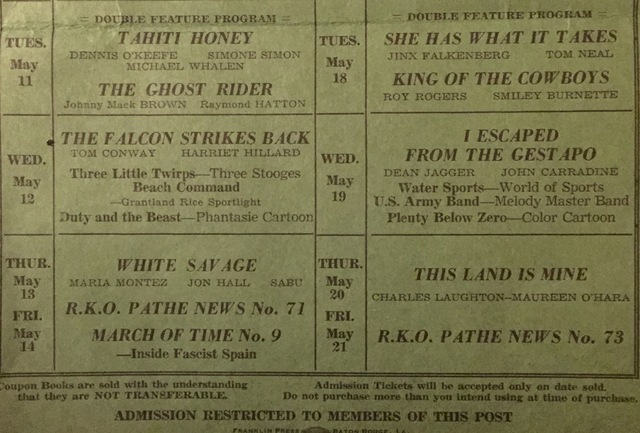 The military site was listed in 1941 as East Baton Rouge and became Harding Army Airfield. I am about 95% sure this theatre is demolished as aside from the runways, there is nearly nothing left of the former military base as the site is now occupied by the Baton Rouge Metropolitan Airport aka Ryan Field.

Was it named after former US president Warren G Harding?