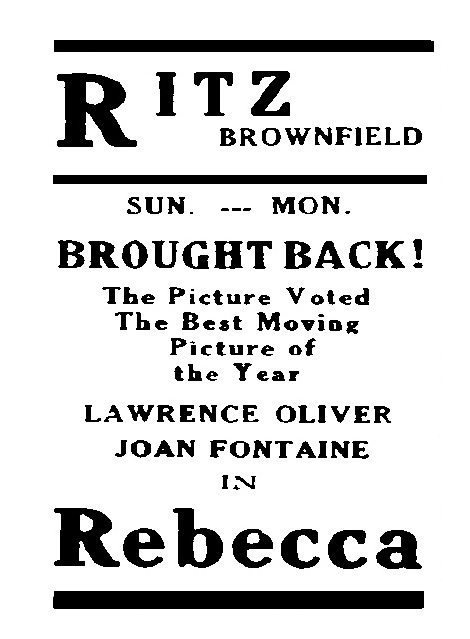 According to the Brownfield News, the Pastime Theatre opened in 1922 and in 1932 it was reconstructed as the Ritz Theatre by Earl Jones. When Mr. Jones passed away in 1939 his widow Ethel assumed operations until she leased out the Ritz, Rialto, and Rio until 1950.

The Brownfield News noted in 1945 that, “Ethel Jones Howze was one of 12 theater owners in the nation honored by the U.S. government and the president for outstanding achievement for her help in the war effort through the sale of war bonds.”