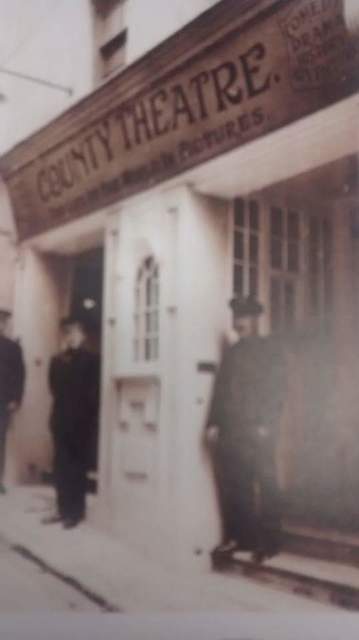 The first and least known of the three full time cinemas to operste in Lewes during the twentieth century was the County Electric Theatre in Watergate Lane.

It never converted to sound and closed in 1929 and was immediately acquired by the Lewes Players who put on their presentations there until a compulsory purchase order meant that they had to abandon the former cinema in 1936. It was demolished and the site used to build a council chamber as an extension of their property next door.