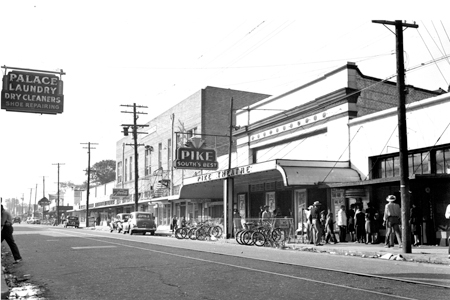 The street was originally named Davis Avenue. The Pike Theatre was opened prior to 1921 when it was presenting vaudeville for an African American audience. It was initially operated by the Southern Consolidated Circuit. By 1922 it was operated by J.H. King and C.B. King, becoming part of the TOBA Circuit. By 1930 it was presenting movies to an African American audience and it operated until at least 1955.

At one time I was married to Charles King’s great-granddaughter, and often talked with her grandfather (Mr. King’s son-in-law), who helped construct several of the King Brother’s theaters. He said there was a theater further out MLK Blvd., at the corner of Fisher’s Alley. Fisher’s alley now ends in a cul-de-sac behind a small shopping center. I believe this is the theater that is being listed here.