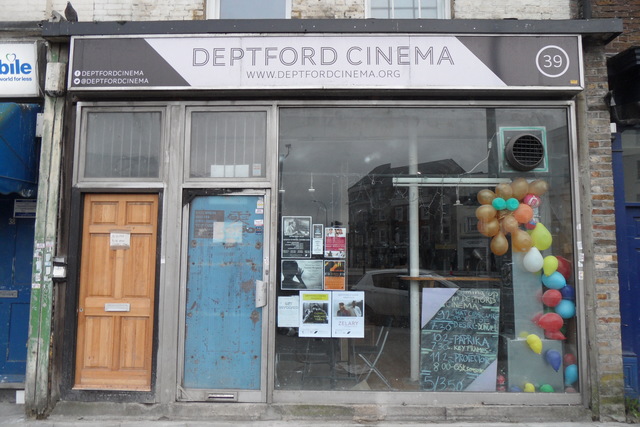 Located in the south London suburb of the same name, Deptford Cinema has been developed and built by the community, for the community, in part to create an affordable night out at the cinema.

Although the cinema is open for business and fully functional, the auditorium still requires further decorative work, and the gallery space and fully licensed café/bar are still being developed. Volunteer meetings are held every Sunday at 4pm for anyone to go along to help out.

Programming meetings are held fortnightly on a Sunday, at 2pm. Again, everyone is welcome: the programming of events and films is open to anybody to show the films they want, the intention being to create a hub for all things film in Lewisham.

At present, projection is from DVD or Blu-ray.