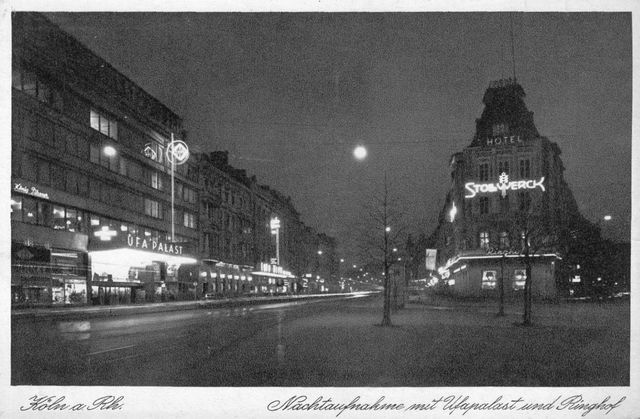 Located in the west of Cologne city centre. The Ufa-Palast was opened on 15th October 1931 and was designed by architect Wilhelm Riphahn. It was the Ufa chain’s premiere cinema in the city. It was equipped with a Wurlitzer theatre organ. The Ufa-Palast was destroyed by Allied bombs in 1943.

(In 1955, a new Ufa-Palast was built and opened on the site, which later became the Filmpalast and was eventually a 13 screen multiplex operated by Cinestar. It has its own page on Cinema Treasures).