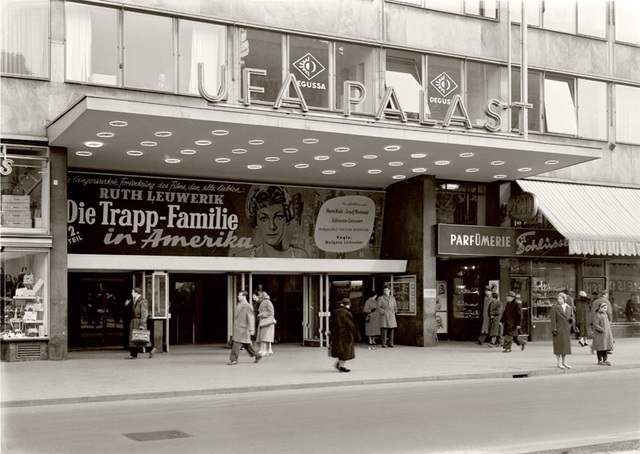 Located in the west of Cologne city centre. The Ufa-Palast was built and opened in 1955 on the site of the former Ufa-Palast which had been destroyed by Allied bombs in 1943. It was a large single screen cinema designed by architect Ernst Huhn. Later re-named Filmpalast, it was eventually multiplexed into 13 screens and has been operated by the Cinestar chain since 2002. It was closed on 28th March 2010, but has since re-opened.