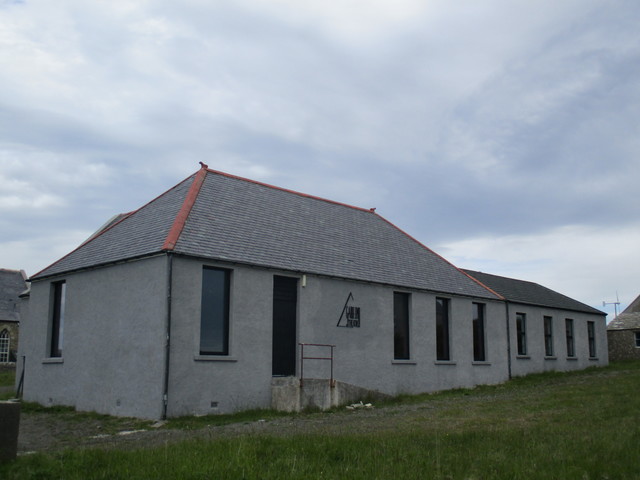 On the island of Hoy, one of the Orkney Islands, the Gable End Theatre was born in 2000 when work started to transform the semi-derelict North Hoy School at North Walls into a community theatre.

There was already a thriving amateur dramatic group on the island and it was their desire to have a permanent base.

The stage and auditorium were completed in early-2001, including the re-building of the ruined gable from which the theatre takes it name. Many of the fittings were salvaged from the old Phoenix Cinema in Kirkwall, including the comfortable velvet seats.

Phase 2 included construction of the foyer and upgrading of the sound and lighting equipment. There is a licensed bar, and coffee and ice cream are available.

The Gable End Theatre is operated by a company limited by guarantee, with charitable status.

The Gable End Film Society presents film shows once a fortnight, usually on a Friday night. Although not that frequent, these are the first public screenings on the island; the only other cinemas being situated on the various naval bases.