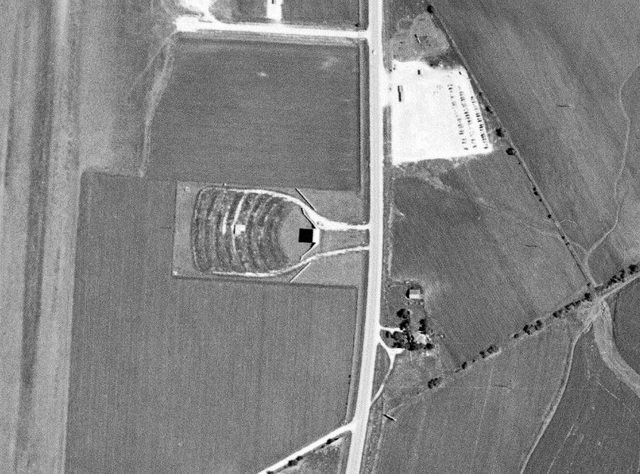 According to the Post-Register, L.J. Piwetz, owner of the Baker Theatre, opened the 250-car Sky-Vue Drive-In April 2, 1953. Located on land near the municipal airport, construction of the theatre, designed by architect Jack Corgan, was started in the fall of 1952. An early obstacle occurred when winds blew the 30x40 foot screen down and the rebuilding began anew the following January.

The Lockhart Post-Register reported in May 1959 that A.J. Valentine was purchasing the Baker Theatre and Sky-Vue Drive-In from Mr. Piwetz. Mr. Valentine was also Treasurer of the Texas Drive-In Theaters Association. In June 1961 Valentine was named personality of the month by Boxoffice Magazine.

The Sky-Vue Drive-In dropped out of the listings in April 1960 leaving the Baker Theatre, which continued to be operated by the Valentine family until 1984.

Lockhart Auction Inc. is at the location today.

The address for Lockhart Auction is: