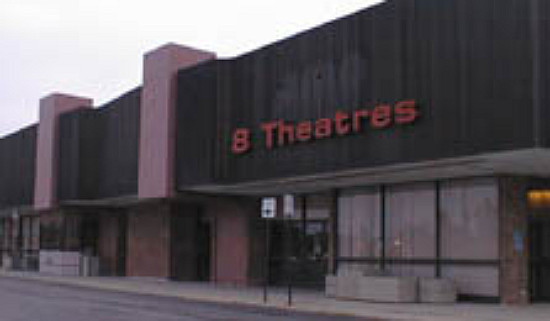 The Abbey Theatres 1-2-3 was an early neighborhood multiplex that saw its heyday in the 1970’s and 1980’s. It opened December 22, 1972. Five screens were added to the theatre in December 1989 to increase it from a three screen to an eight screen. It closed on May 31, 2001 due to compitition from larger theatres that were being built in the area. The building was converted to a computer store thereafter.

In it’s final year (it closed May 31, 2001), this 8-screen was playing mainly arthouse and independent films with a few bigger releases thrown in. It was also in rough shape with bad seating and older projectors.

They were at the mercy of a Star Theater literally across the parking lot that would get all the major releases and often workers of the AMC Abbey 8 would pick up prints from that theater after they finished playing them (the irony here that the Star Theater became the AMC John R 15).

It was converted to a computer store (Micro Center) soon after.