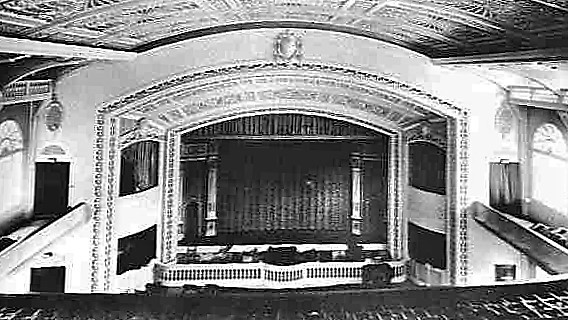 Located adjacent to His Majesty’s Theatre. The Winter Garden Theatre was opened on 1st August 1924 with Rin Tin Tin in “Where the North Begins”. It was designed by Melbourne based architectural firm Ballantyne & Hare in association with Hall & Prentice of Brisbane. Seating was provided for 1,500 in the stalls and 1,000 in the circle. The proscenium was 45ft wide. equipped with a Wurlitzer 2 Manual 7 Ranks organ which was opened by American organist Byron Hopper. The organ was removed in 1937 and installed in the Plaza Theatre, Sydney.

Another victim of Brisbane’s rebuilding of the City centre which saw the demise of all its theatres. The WGT was the largest when it opened in 1924 and was very much ahead of its time in view of the unusually large and ultra comfortable seats which were located in the balcony. With the opening of the George Cinema in the mid 60’s the owners, Greater Union Theatres, transferred their major releases to the new venue leaving the WGT with mostly short run releases.