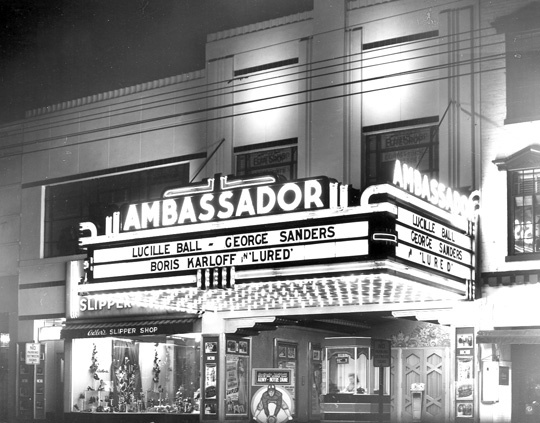 Built on the site of the Grand Theatre which was destroyed by fire on January 4, 1928. The 1,700-seat Ambassador Theatre was the foremost movie theater in Raleigh for decades. It opened on February 21, 1938 with Bob Burns in “Radio City Revels”

It was demolished in March 1989 when Fayetteville Street was turned into a mall.

I am trying to find out the year The Ambassador showed its first X-rated movie. I recall it made quite a stir, upsetting many Raleighites.

The first X-Rated movie that ever played at Raleigh’s Ambassador Theatre was Stanley Kubrick’s “A Clockwork Orange” that was released in early-1972.

The information on this theatre will be upgraded for Cinema Treasures. I have found the original ads to the grand opening of the Ambassador Theatre along with other information that will be revised. Very soon!

raysson, thanks so much. you’re a veritable gold mine of info.

I recall the Ambassador with great fondness. I went to there every week of my life, practically, starting about 1960 as a child. I took the bus so I could see the cartoons they ran on Saturdays for kids, then as a teen, I hit every major movie release. My older sister worked in the ticket booth in the late 1950s.

I asked about the X-rated date in trying to put a date on a piece of Ambassador memorabilia I bought from a collectibles store — a card they used to put in the window of the ticket booth, stating the movie was X-rated and for age 17 and older. So thanks again for that.

I forgot to mention that I saw “A Clockwork Orange” at the Ambassador with my boyfriend (now husband). I had forgotten it was an “X.”

skeeter81:
The Ambassador Theatre also showed the “X” rated feature BEYOND THE VALLEY OF THE DOLLS first-run in 1970 as a late show. 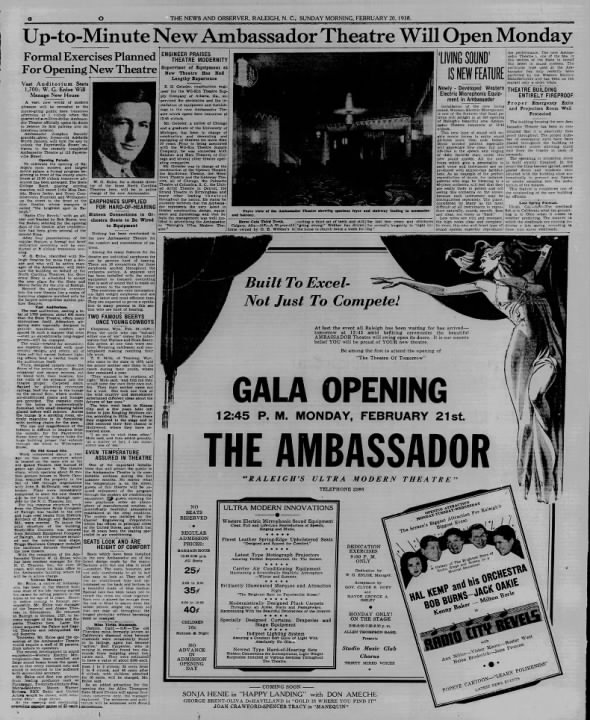