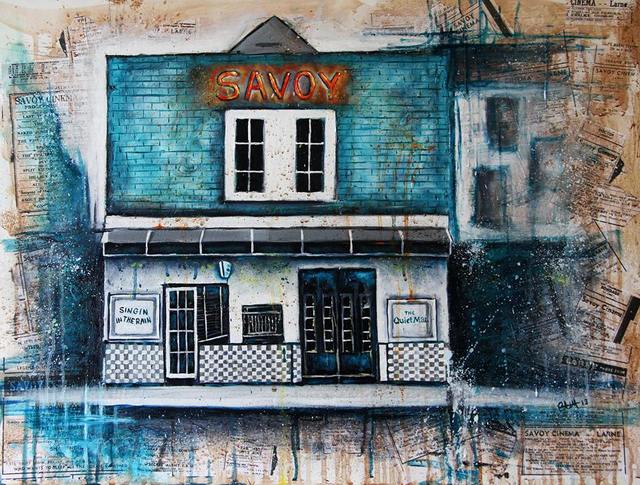 The Savoy Cinema opened on 12th October 1953 with Richard Todd in “The Hasty Heart”. It was originally owned by Malcolm Wilson although it is more associated with the Penney family who acquired the business around 1960. It closed at the end of May 1970.

Following closure a leisure centre with disco and snack bar was proposed, retaining the balcony should there be a demand for the odd film. It was given a facelift in 1984 when a furniture business moved in but was later demolished. A Poundstretcher store later occupied the site but that moved to another location in the town and the property was empty by April 2016.