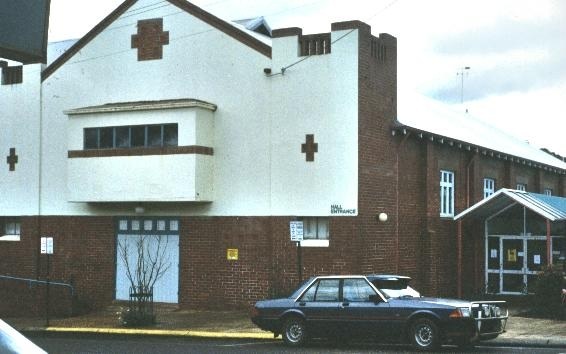 Located on the corner of Hampton Street and Steere Street. The Mechanics Institute opened in(1877?). Movies were screened from October 1904 to 1932. The Mechanics Institute was demolished in 1932 to make way for the new Bridgetown Town Hall which opened in 1935. The first movie screening was on 17th January 1936 with “Side Street” and “Naughty Marietta”. By 1946 it was known as the Cinema and was operated by Goldmans Pictures. Movie screenings ceased in 1960 when the Bridgetown Drive-In opened. Movie screenings started again on 16th May 1983 with “The Slipper and the Rose”. Screenings ceased on 22nd June 1985. Movie screenings started again on 10th December 1994 with “The Lion King” and ceased on 14th July 1996 with “Dunstan Checks In”. Movies were screened again irregularly in 1997. Bridgetown Town Hall is still there, but it is unknown if movies are still screened there?