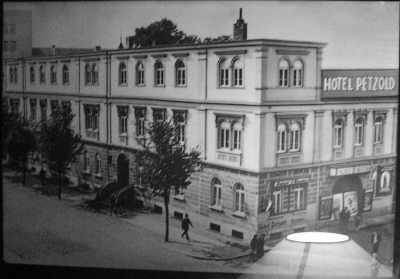 Located in the Hotel Petzold built in 1900, the Kinosaal was opened originally the hotel dining room. By the 1940’s it had been altered to have seating in orchestra and balcony levels and had been re-named Palast Theater. It was still open as a cinema in the 1950’s.