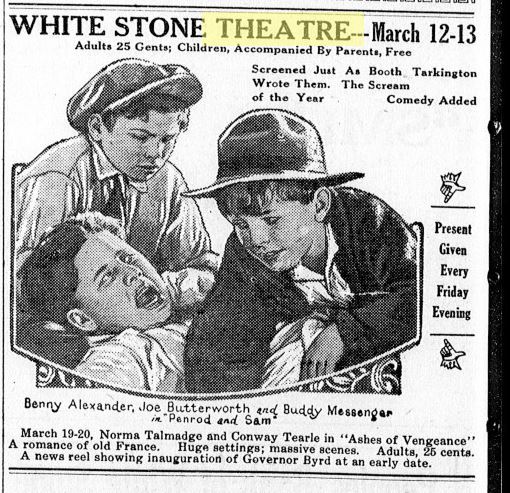 The White Stone Theatre opened as a silent movie theatre on December 10, 1925. It scren its last silent movie “The Trespasser” starring Gloria Swanson on January 9, 1930.