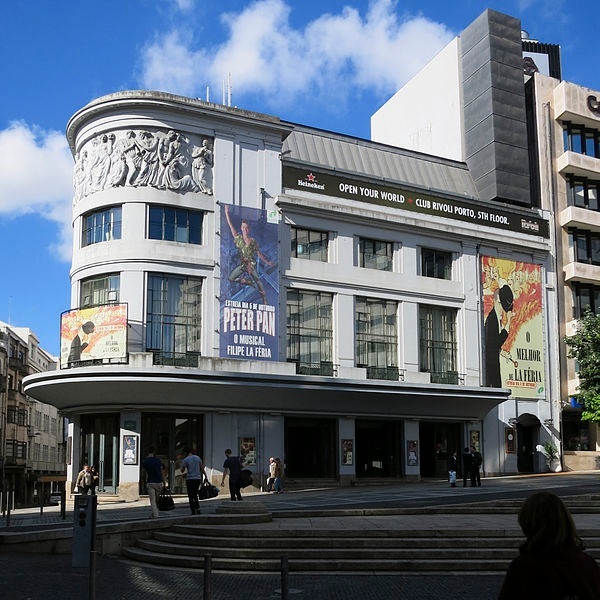 The Teatro Nacional was opened in 1913. In 1923 it was remodeled in an Art Deco style to the plans of architect Julio Brito and re-opened as a cinema known as the Teatro Rivoli. It also presented opera, dance theatre and music performances.

In 2015 the Teatro Rivoli became the Teatro Municipal do Porto. Every February it hosts the annual Fantastic Cinema Festival ‘Fantasporto’.