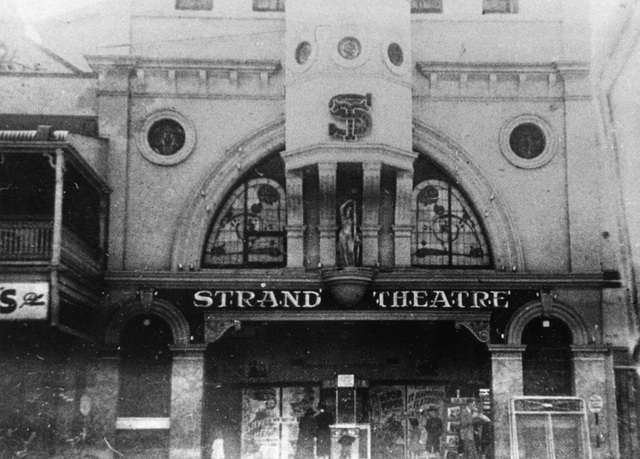 Built on the site of the Crystal Palace Picture Gardens which had been operating since 1914. The Strand Threatre opened on 15th April 1916(with one 800-seat screen). From 1933 it was operated by Birch, Carroll & Coyle and they comissioned noted theatre architect Guy Crick to remodel the interior in an Art Moderne style. It re-opened in December 1933.

Heritage listed(by Queensland Government) on 21st October 1992. The Strand Theatre was renovated in 1992 and 4 new screens built around the theatre building where some other buildings were demolished, and renamed BCC Strand Theatre in(1992?). The former balcony is screen 5. The former stalls area now serves as the foyer, with candy bar and the ticket office. There is information about the Strand Theatre on its own Wikipedia page. Current number of seats unknown?