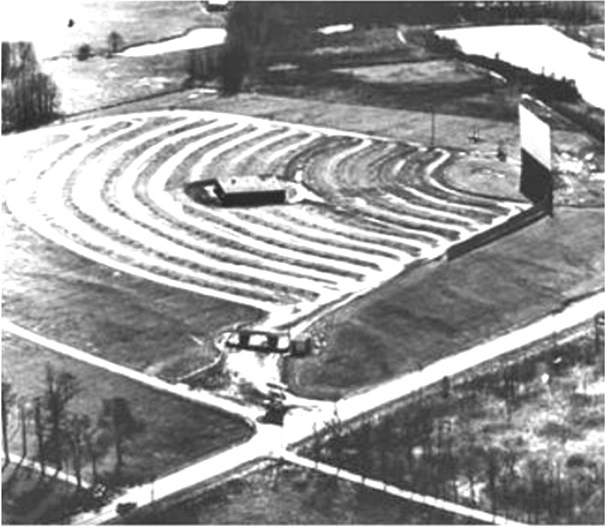 The Academy Drive-In opened on March 23, 1966, screening the 1966 adventure/action “Agent for H.A.R.M.” with Peter Mark Richman, Wendell Corey and Carl Esmond. The second feature was the 1966 comedy “Wild Wild Winter” with Gary Clarke, Chris Noel and Don Edmonds. It was opened by Mitchell Blachschleger, with a car capacity of 700 cars. Blachschleger died September 28, 1970. In July of 1970, the drive-in was sold to Northeast Theatre’s, (dba Redstone Management/National Amusement Inc. from Boston, MA) in July, 1970 for around $400,000. They were also operating the Oakley Drive-In at that time.

The Academy Drive-In was closed at the end of season 1988. National Amusement Inc. had plans to build a 20 screen movie complex on the property. That did not happen, so the property sat empty for many years and it is now a Menards Home Improvement Store.