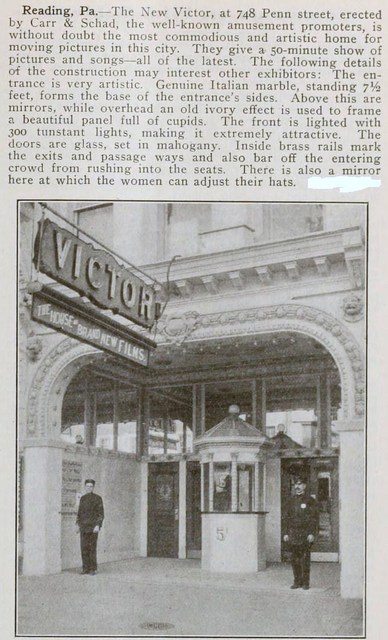 The New Victor Theatre (pictured) opened March 5, 1909 at this address. It was Carr & Schad’s second location for the operation. From 1907 to early 1909, they operated the original Victor Theatre nearby at 734 Penn Street. In 1909, local interest was greater than the old Victor could handle so they moved into this facility. But the days of such diminutive theatres was already closing and in early 1916, Carr & Schad announced a 2,200 seat Penn Theatre. The New Victor was the odd venue out and it was retrofitted in 1918 to hold Kurtz Co. store. The Penn didn’t actually open but the genesis of the project was what became the State Theatre in the next decade.