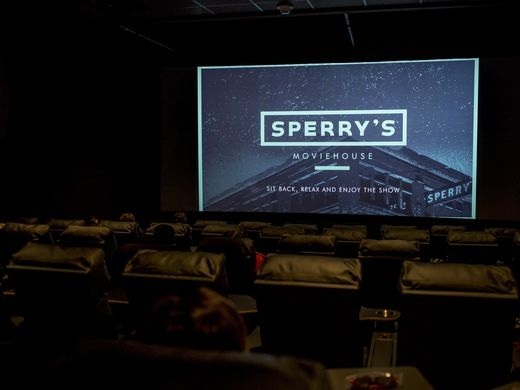 Sperry’s Moviehouse opened December 15, 2016, in a building, which was home to Sperry’s Department Store from 1923 to 2000. According to local news, except for a 1955 remodeling, which built an Art Deco style sofit around the front of the building, the exterior remains the same. Even interior light fixtures were reused after being retrofitted with modern l.e.d. technology.

Downtown Port Huron had no first-run theater since the Huron Theatre closed in 1990. Chuck Reid took a 10-year lease on the building and his firm, Charter House Innovations, designed the $10 million renovation and customized recliners.

The 420-seat Moviehouse features 12 theaters with five on the first floor and seven on the third floor, each with 27 to 44 seats. The second floor is occupied by a restaurant.

Four theaters screened a sold-out “Rogue One: A Star Wars Story,” on December 15, with more auditoriums opening during December.