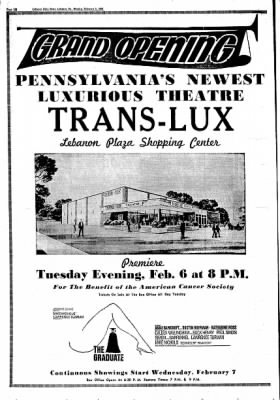 Built by Trans-Lux Theatres of New York, the Trans-Lux in the rear of the Lebanon Plaza Shopping Center opened on February 6, 1968 with Dustin Hoffman in “The Graduate”. A nice shopping center theatre with about 800 seats, the projection booth had 2 Cinemecanica Vic 8’s.

On November 7, 1975 it was twinned and renamed Trans-Lux Twin Theatres. On June 23, 1978 the theatre was sold to Fox Theatres of Reading, PA who changed the name to the Howard Twin (named after Dick Fox’s deceased grandson). Fox proceeded to let this nice theatre deteriorate.

In 1996 Fox sold all its theatres (including the Howard Twin) to Carmike who proceeded to run what was left of the Howard Twin completely into the ground. The Howard Twin reverted back to operating by Trans-Lux in 1997 and was closed in 1998. By which time the roof was leaking so badly the interior side walls were stained. The Howard Twin sat empty until 2003 when it was demolished.

The Trans Lux in Lebanon was actually twinned by Trans Lux corporation around 1975 long before it was sold to Richard Fox.

According to the John and Drew Eberson Architectural Records Archive Project Index the twinning of this theatre/remodel is listed as Drew Eberson as Project 2002-A. This was done at roughly the same time as the twinning of both the Trans Lux in Harrisburg PA and York PA (both of which were also done by Drew Eberson).

Higher quality grand opening ad from February 5th, 1968. It opened on the 6th. 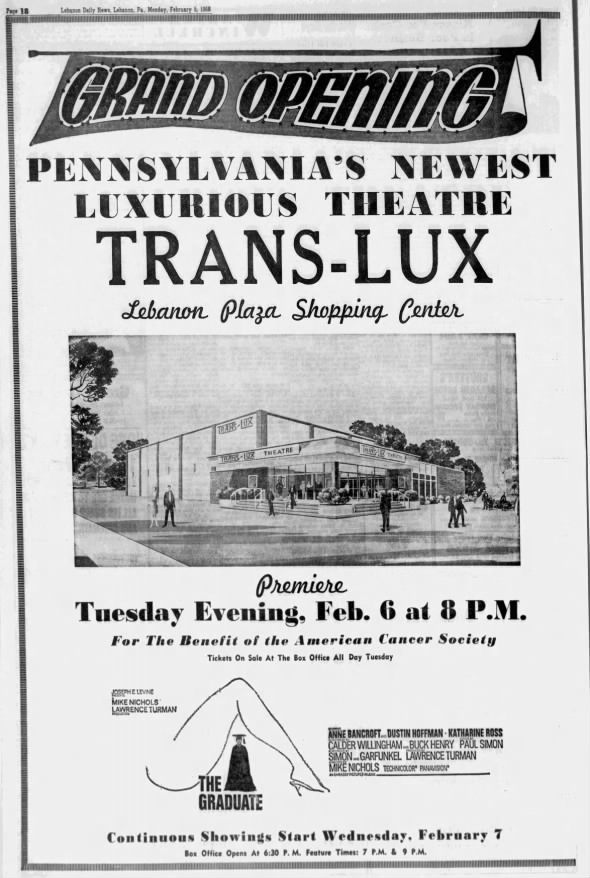 Reopened as the Trans-Lux Blue and Gold on November 7th, 1975. 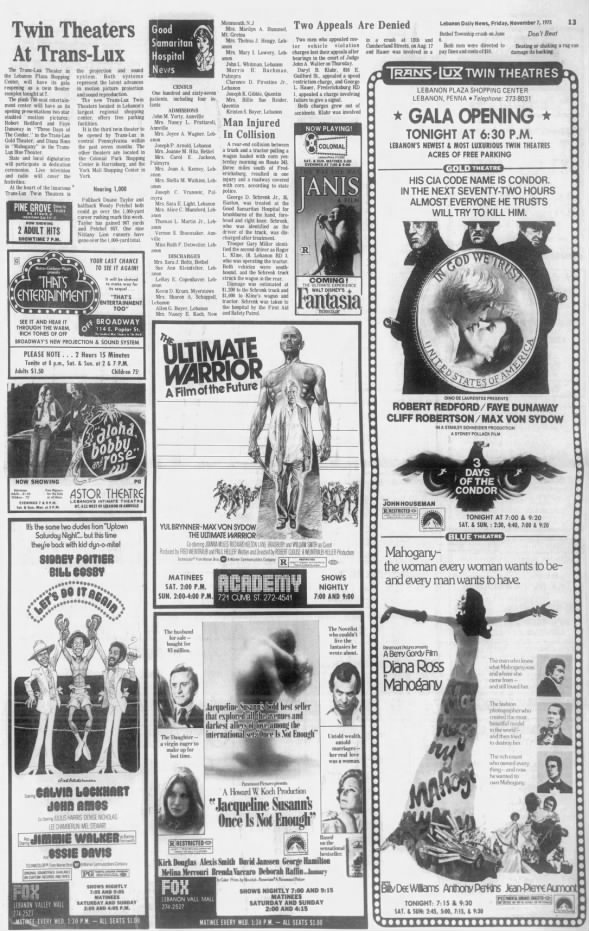