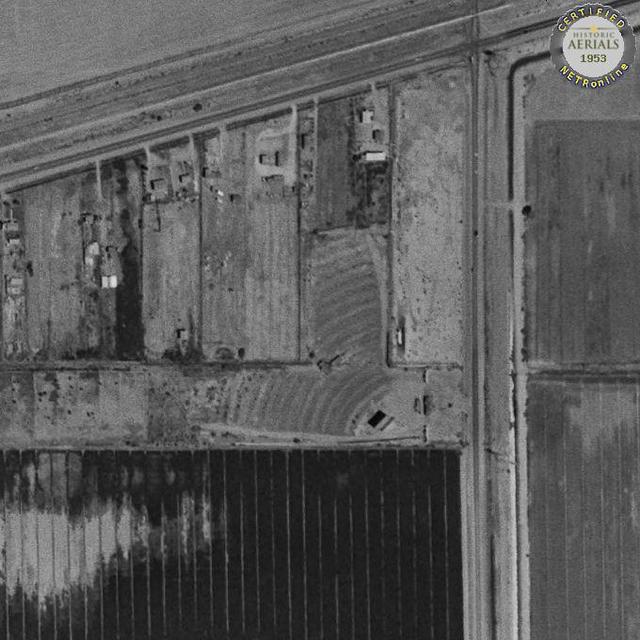 The June 10, 1950 issue of BoxOffice had a note of California closings including “Redge Joneses' El Rancho Drive-In, a 500-car operation in El Centro. Poor business was given as reason for the shutterings.”

The 1948-49 Theatre Catalog listed the El Rancho with a capacity of 350, owner John Armm, status “CLOSED”. But the inaugural Motion Picture Almanac list in 1950-51 had the owner as R. C. Jones, capacity 400, and by implication, open again. That’s the way the MPA listed it until 1966, when it fell off the list.

A local historian was quoted in El Centro’s Imperial Valley Press on Feb. 27, 2002 that the drive-in “was on Highway 111 south of old Highway 80, about where the Texaco truck stop is now.”

There’s a 1953 aerial of the drive-in at that location that shows someone’s tiny farm slicing through the back of the ramp arcs all the way to the projection booth, splitting the back half into west and north fields though the rest of the ramps and the screen are intact. Did it really operate that way for over a decade? Weird!

I think that the El Rancho really ought to listed under El Centro, since it was just one mile east of the city limits with an approximate address of 397 E Evan Hewes Hwy, El Centro, CA 92243.