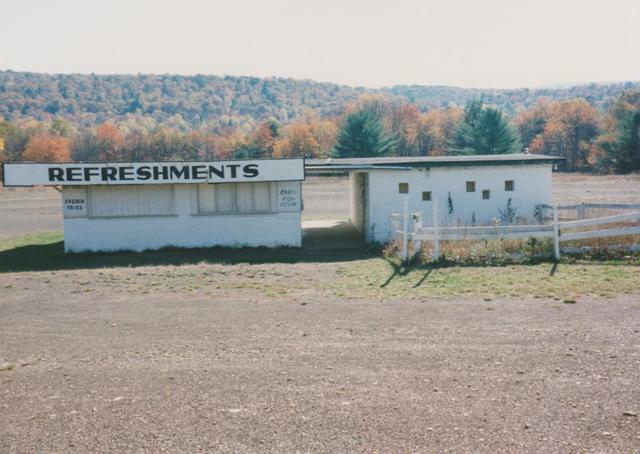 The Pine Grove Drive-In was opened on May 19, 1952 with Betty Grable in “Meet Me After the Show”. It was operated by Eston Arts and Tri-States Buying & Booking Services. It was closed on September 24, 1995 with Christopher Lambert in “Mortal Kombat” & Steven Seagal in “Under Siege II”.

I believe the Pine Grove Drive In lasted until sometime in the early 1980’s. In its last dozen years or so it was operated by the Walter Finch and his partner as part of their small chain of X-rated Drive-ins (which included at various times the Temple Drive In in Williamstown, the Route 222 Drive In Fleetwood, the Strinestown Drive In north of York, and the Midway Drive In between Hummelstown and Middletown.)

Walter Finch and his partner Witmer also sometimes operated indoor theatres on a X rated basis as well. They operated the State Theatre in Lebanon in the late 1970’s through early 1980’s (incorrectly designated as FlinchWitmer on the write up of Cinema Treasures)

I remember they had a older woman as ticket taker

The Foundation for the Projection Booth is still there, and there are two steel poles by where the entrance once was that could have held the marquee.