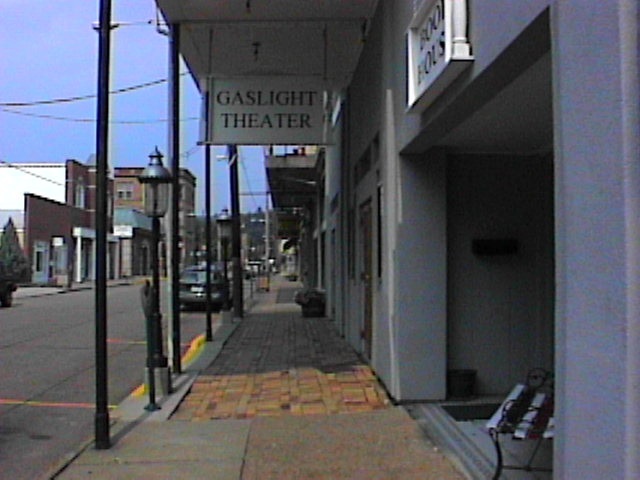 This theatre was built for vaudeville and live entertainment in 1898 and continued into the 21st Century with a heavy mix of live shows plus occasional film screenings. Under maverick operator O.G. Langworthy in the early days of silent film, he fancied the name Thee Show just to be different and showed photoplays. The next operator with the more conventional Rex Theatre for four years before the long-running Paramount Theatre nameplate for decades of film exhibition.

In more recent times, the vacant property was restored by Terry Wiley who continued the live show tradition from the theatre’s earliest days on the second floor. The first floor had historic movie equipment and memorabilia as well as an antique store.