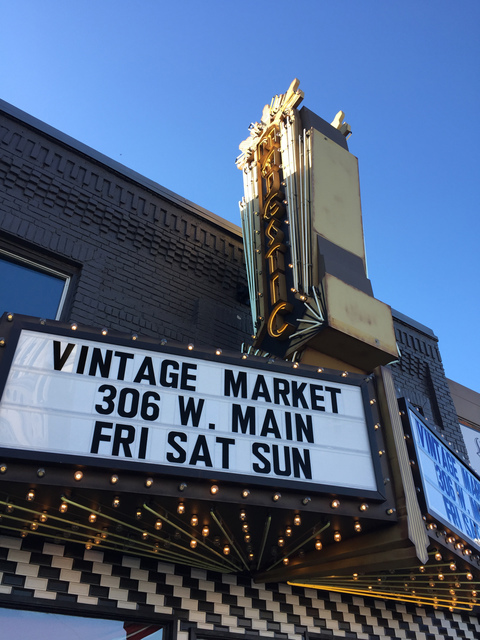 This was the second Majestic Theatre in Decatur after the first one burned down when the entire West Side of the Square was destroyed by fire on February 9, 1917. The Majestic Theatre opened in November of 1917 and became the first Decatur theatre to have sound movies showing “The Shannons of Broadway” on March 6, 1930.

The operators of the Plaza Theatre and Majestic Theatre decided to build the Sunset Drive-In which ostensibly replaced the Majestic Theatre when it opened on July of 1950. The last film was a special screening on November 28, 1950. Vacant for two years, it was home to the Eisenhower campaign before its seats were sold to a Gainesville theater and the building was virtually demolished in 1954 to make way for new retail.