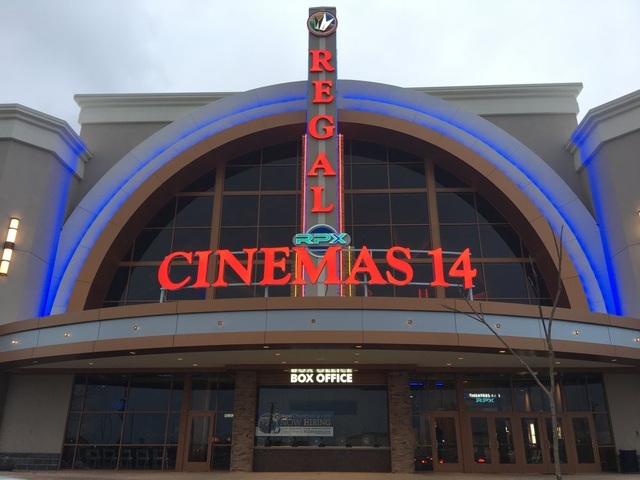 Regal Cinemas opened their first Utah location March 16, 2017, with Disney’s “Beauty and the Beast". Preview days, with some of the best of recent films were held March 12 to 14, with $3 movies, popcorn and drinks, benefiting local charities.

S Squared Development kicked off construction for the Crossroads of Taylorsville in June 2015. At the time several buildings in the Family Center were demolished to make room for the $30 million center, designed by Herschman Architects.

As of this opening Regal Entertainment Group noted they operated in 42 states and territories with 561 locations and 7,267 screens.