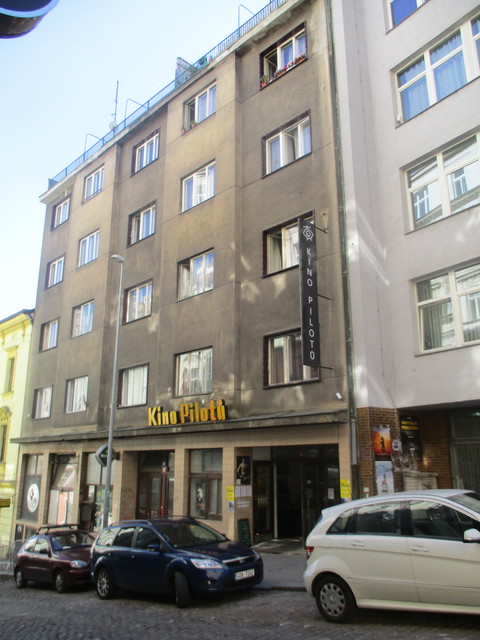 Located in a neighbourhood to the south east of Prague city centre, Kino Pilotu opened in 1937, with 200 seats. It was one of three opened by an association of pilots, with all three having appropriate names: Pilotu (“Pilot”), Aero (“Aeroplane”) and Vzlet (“Take off”).

Kino Pilotu closed in 1991 and was converted into a squash and fitness club.

Happily, the building was acquired by current owner, Jan Macola, who re-opened it in March 2016 as a twin screen. The original auditorium was divided down the middle, and the two screens seat 70 and 80 patrons. It is claimed it was the first ‘projection box free’ cinema in Prague, with the digital projectors suspended from the ceiling. One of the screens has steeply raked seating, to allow the digital projection servers, etc. to be accommodated below.

The auditoriums are equipped with the usual comfortable seats. A reminder of times gone by is the row of four original wooden seats on display in the foyer. By today’s standards, these are rather basic!