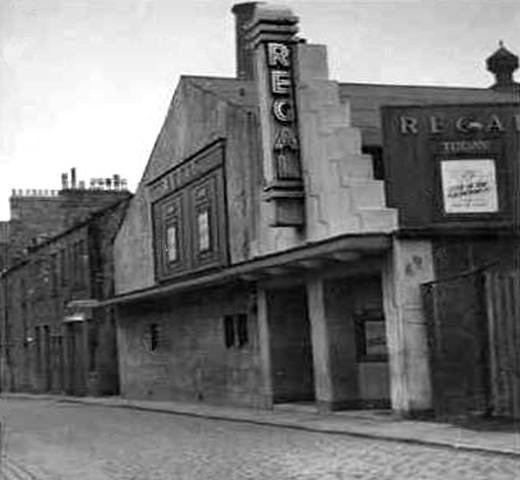 The Britannia Picture House was opened in 1911. By 1923 it had been re-named Salon Cinema, but had reverted back to Britannia Cinema by 1925.

It was taken over by the J.B. Milne chain in 1936, having been equipped with a Btirish Thomson-Houston(BTH) sound system. It was re-named Brit Cinema. By 1940 it had been re-named Regal Cinema. It had closed by 1963.

The Dundee University Library now sits on the site.