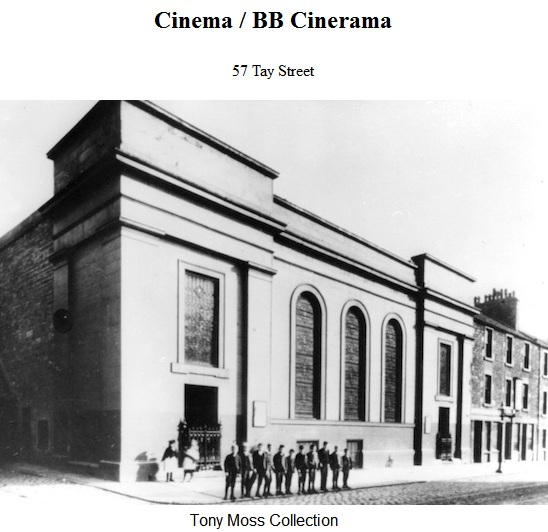 St. John’s Church was built in the mid-1800’s. It was converted into the Tay Street Cinema around 1918 when architectural firm Miller & Browning added a balcony. Around 1919 it was taken over by George Bennell and re-named BB Cinerama Cinema, (The BB stood for ‘Bright & Beautiful’ and in some advertising ‘Britain’s Best’). By 1922 it had been taken over by John Pennycock and became the Cinerama Cinema. Around 1930 it was equipped with a British Talking Pictures(BTP) sound system.

In 1962 it became part of the J.B. Milne circuit and was re-named All Super Cinerama Cinema. It was closed in 1962 and was demolished in 1964. The site is now a car park.