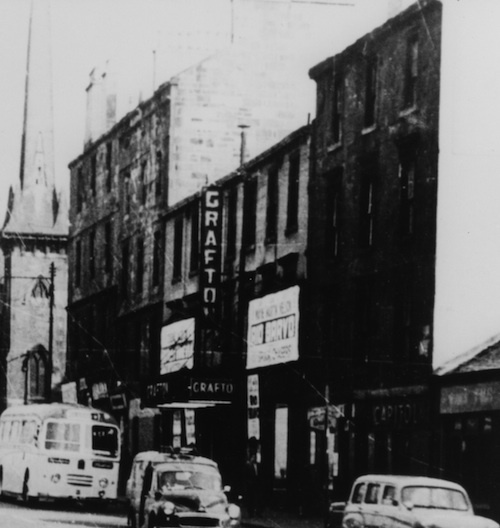 Located in the Cowcaddens district in the north of the city centre. It was 243 Parliamentary Road, which no longer exists, having been swept away with the building of the M8 Motorway.

The Grafton Picture House was entered through a tenement block of flats, with the auditorium hidden at the rear. It was opened in 1922. Designed by architectural firm Duff & Cairns, it had a 30ft wide proscenium and around 1930 was equipped with a British Thomson-Houston(BTH) sound system. It was closed in 1964.