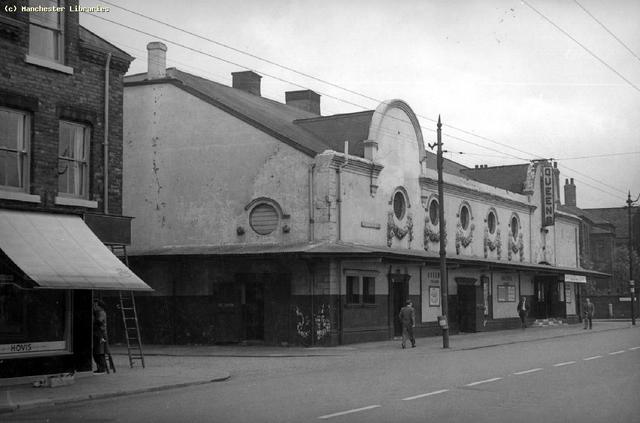 Located in the Beswick/Openshaw district east of the city centre, on Ashton Old Road between the now non-existant Redvers Street and Baden Street. The Queen’s Picture House was opened in 1913. The facade had five round windows, decorated with plaster swags, and the auditorium behind ran parallel to Ashton Old Road. It was taken over by the Associated British Cinemas(ABC) chain in 1932 and was equipped with a Western Electric(WE) sound system.

It was converted into a bingo club and by 1972 the site was cleared with no trace left.