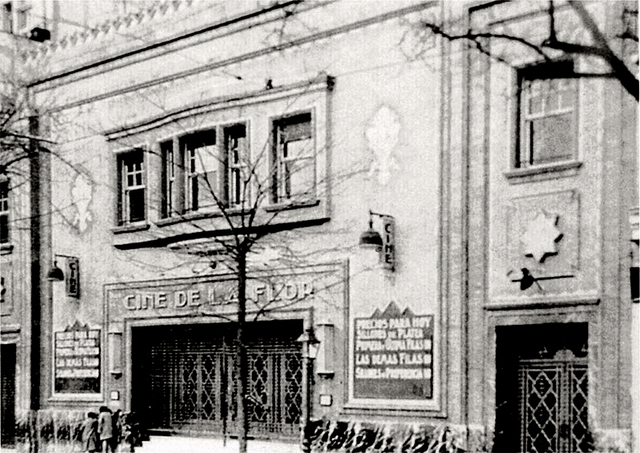 Located in the Arapiles district just to the north of the city centre. The Cine de la Flores was opened on 27th March 1928 with Tom Mix in “El asalto al tren expresso” (The Great A & K Train Robbery) and Dolores Costello in “La Meujer Vendida” (A Million Bid). Designed by architect Luiz Gutierrez Soto, all 1,058 seats were on a single floor.

In 1943 architect Luiz Gutierrez Soto designed an open air cinema on the roof which opened on 4th January 1945.

It was re-named Cine Conde Duque on 21st December 1961 after alterations had been made to the plans of architect Sebastian Llanos Pulido. In 1989, it was decide to demolish the old cinema and build a new 3-screen Cines Conde Duque and apartment building on the site.