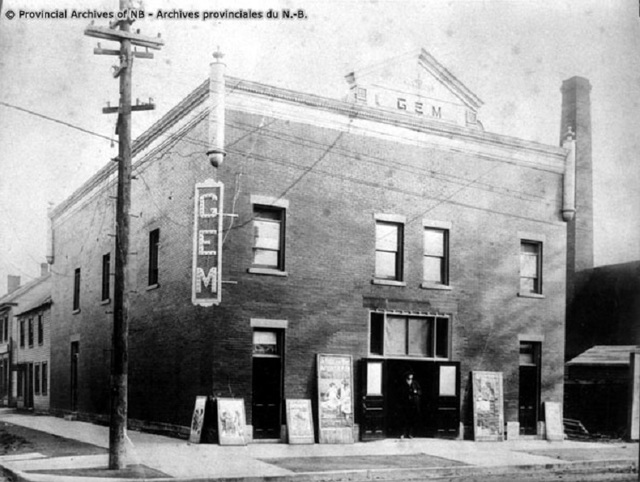 The Gem Theatre opened as a nickelodeon in May, 1910, on the ground floor of an existing building. It was remodeled and expanded in 1917, but was destroyed by a fire in 1919. The building was subsequently demolished and the Capitol Theatre was built on its site in 1922.

This web page has an old photo of the Gem Theatre, as well as its successor, the Capitol Theatre, and the Gaiety Theatre on Queen Street.

I’ve set street view to the northeast corner of the intersection, as that was the most likely location for the Gem and the Capitol. There is a slight chance they were located on the southeast corner, but that would have put their entrances on Carleton Street, which is less likely than that they would have been on King Street.