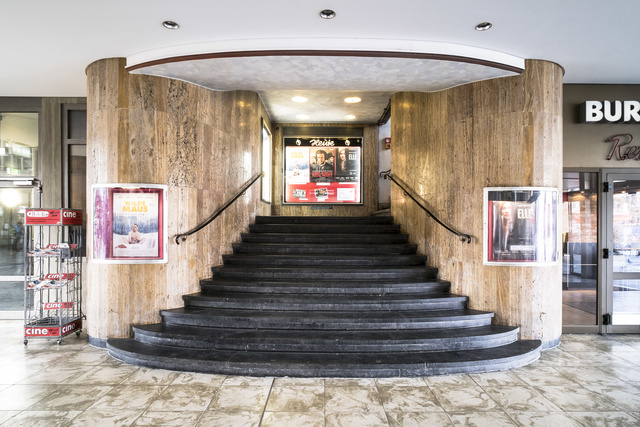 Located in the city of Kassel in Central Germany, to the east of Dortmund. The Bali Kino is located inside the former Kassel-Hauptbahnhof (Central Railway Station) which was rebuilt following its destruction by allied bombs during World War II. The Bali Kino was opened by the Aki chain in the early-1950’s as a newsreel cinema. It later went over to screening expolitation films and sex films. Since 1st May 1995 the 272-seat cinema has screened foreign, independent, documentary & classic films. In May 1996 a second screen seating 96 was opened.