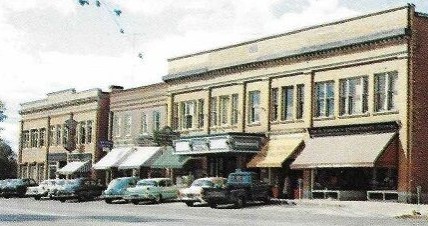 The Prime Theatre opened April 12, 1921 with the film, “Bunty Pulls the Strings”. The theatre featured 340 seats in its orchestra level and 200 in its balcony at opening. The theatre was offered for sale in 1924 and became the Brandon Theatre. The theatre converted to sound and continuously showed films at least to 1955. Live events were scheduled in the late-1950’s and beyond.