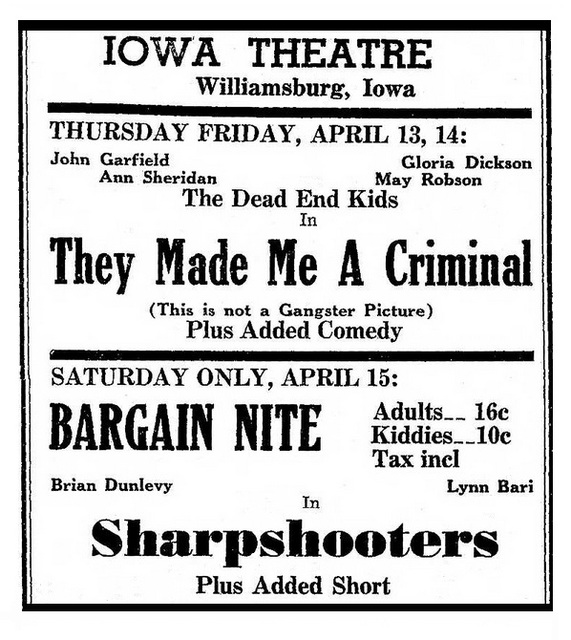 The Latona Theatre opened in a converted bank building on September 19, 1919 with the film “The Heart of Humanity” starring Dorothy Phillips. The Latona Theatre converted to sound on January 2, 1930 with Victor McClaglan in “The Cockeyed World”. It was listed as (Closed) in 1932.

William J. Newcomb took on the theatre and changed the name to the Iowa Theatre, reopening on October 14, 1934 with Jean Parker in “Have a Heart”. In 1937, Newcomb started a “New Iowa Theatre” project which morphed into the Burg Theatre which closed the Iowa Theatre. It became a bowling alley, a long-standing Coast to Coast hardware store but may have had a brief return as a live events venue called the Latona Theatre.