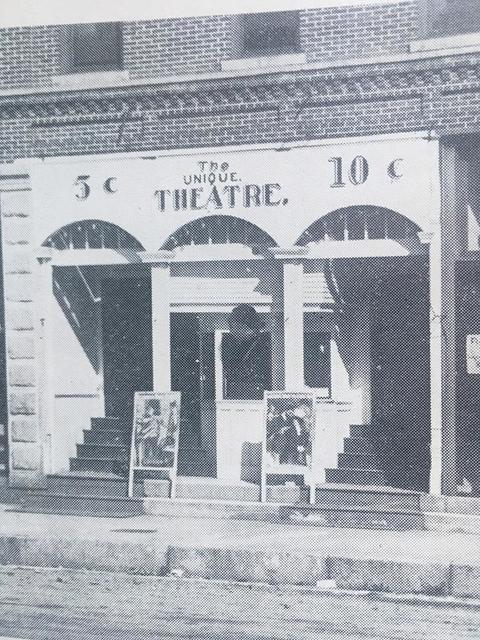 Not to be confused with the other Unique Theatre 2 doors down at 1102 Superior Avenue.

This building was originally the City Meat Market in 1889 owned by the Meinecke family. Then it became the Unique Theatre, a silent film house with one screen and a balcony.

The Unique Theatre took up two storefronts of what most recently Sportsman’s Bar, now closed. An undated photo shows brick work that matches the building which is still standing.