Hanover Theatre for the Performing Arts

The Hanover Theatre for the Peforming Arts 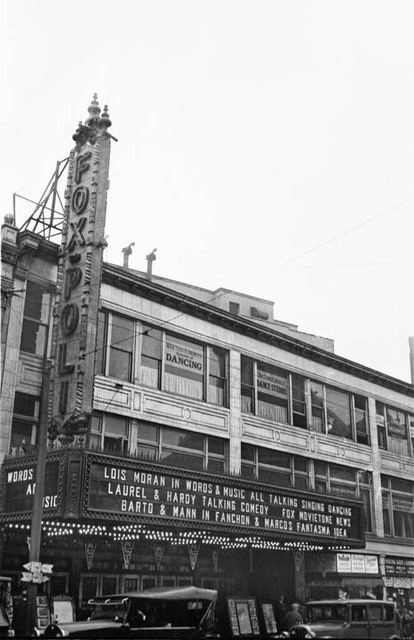 The former Fox-Poli Palace Theatre was built in 1926 on the site of, and incorporated part of, the Franklin Square Theatre which dated from 1904, and was later known as the Poli Grand Theatre.

The architect of the Fox-Poli Palace Theatre was Thomas Lamb, and it opened with 3,000 seats. At the time it was considered one of the most beautiful theaters in New England. It was taken over by the Loew’s chain until 1967 when it was aquired by National Amusements (Showcase Cinemas).

It was divided into four auditoriums. The lobby, mezzanine and balcony remain intact. Unfortunately, the stage and private boxes have been demolished. The theater was closed in 1998 when the chain built a 16 screen megaplex in the northern part of Worcester.

The non-profit Worcester Center for Performing Arts took control of the venue in December of 2002 and restoration/renovation began at that time.

The project was funded by a variety of sources, including tax credits, foundation grants and debt financing. The grand opening of the Hanover Theatre for the Peforming Arts was set for March 14, 2008.

Great they were able to save this theatre and restore it. I saw it on a tour when it was divided into four screens. I wish they had made an attempt to restore a proper Marquee on this beautiful theatre. The current facade is very boring without a proper Marquee. Brucec

This photograph of the Fox-Poli Palace Theatre was taken in 1929 by George Mann of the comedy dance team, Barto and Mann.

The George Mann 1929 photo is definitely the Palace in Worcester. The facade matches that in the Loew’s Poli Palace photo taken in 1941 for the MGM Theatre reports.

Lamb’s 1926 rebuilding extended the front of the building, but retained at least part of the narrow facade of the original Franklin Square Theatre, which was eventually covered over in a later remodeling but was revealed by the recent conversion into the Hanover Theatre. A 1907 edition of Sweet’s Indexed Catalog of Building Construction contains an ad for Sleep, Elliot & King, the Boston and New York company that did the ornamental plaster work for the Franklin Square Theatre, and a list of their projects reveals that the original architects of the house were the Worcester firm of Cutting, Carleton & Cutting.

I mentioned the 1904 Poli Grand Theatre in my posting above of Dec 19, 2005. Somewhere I learned that the Hanover was built at a 90-degree angle to the earlier theater which I take to mean that, since one walks straight in from the street to the rear of the auditorium in the Hanover, that the 1904 Franklin Square/Grand must have had an auditorium which was parallel to the street ???

I just looked at the 1941 photo of the Loew’s Poli on the MGM Theatre Report and the 1904 Franklin Square Theatre facade is most definitely still there, just to the left of the big Loew’s marquee.

The few descriptions of the 1926 expansion project I’ve found don’t give much detail about it, but as the seating capacity of the house was just about doubled it’s clear that the auditorium at least had to have been completely or almost completely rebuilt. A 90-degree turn in its orientation seems very likely. The history page of the official web site says that the Franklin Square’s auditorium extended about as far back from the street as the front of the balcony extended in the Poli Palace.

There was definitely an entirely new entrance lobby in 1926, adjacent to the original, but the old Franklin Square lobby (probably redecorated by Lamb) was also kept. A comment by Doug Ingalls (at the second link I posted in my previous comment) says that the Franklin Square’s entrance was used as an exit in later years, and that the second floor space above the original lobby, which had originally been the managers office, was used for storage during the years he was managing the building.

A later comment at the same page, by Dylan Kellet, says that, before the Showcase closed, the stained glass window on the second floor front was removed. He thought it was to be replaced by a reproduction, but this photo from the Hanover’s opening night (snagged from the collection linked to by Joe Tortorelli in his March 21, 2008, comment above) shows plain window glass where the stained glass used to be. I don’t know if the stained glass has since been replaced, or even if it is ever coming back. The original is probably in somebody’s house by now.

It’s unfortunate that Lamb’s 1926 facade is entirely gone (in fact his entire 1926 addition, from the street back to the auditorium wall, was demolished) but at least a partial, ghost version of Cutting, Carleton & Cutting’s 1904 facade is still there. Luckily, Lamb’s interior fared better.

There was a great tour of the theatre conducted yesterday, here’s a link to a video of the Wurlitzer organ.
View link

For the past week Channel 5, the ABC-TV outlet in Boston has been carrying an ad for a touring company of “Mary Poppins” which is to appear at the Hanover Theatre. The graphics in the ad give the theater name and location correctly. But the voice-over says the show is coming into “the Shubert Theatre in Worcester!” How do mistakes like this happen? There is no Shubert in Worcester, although there may have been a Shubert-affiliated theater there years ago.