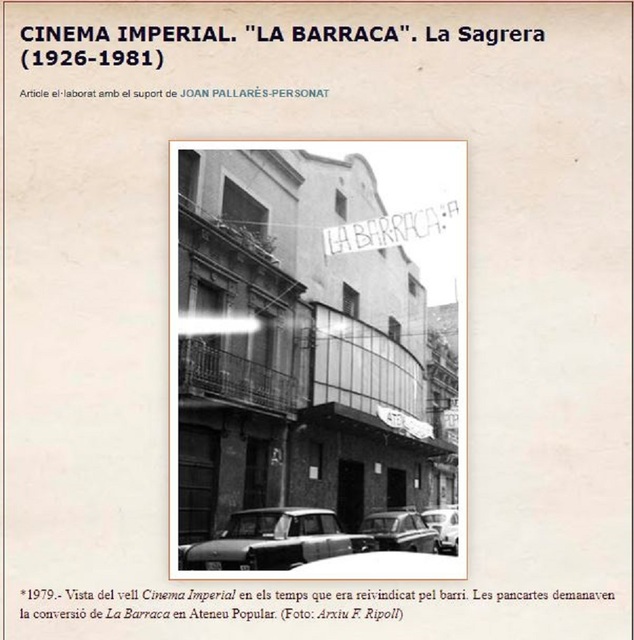 Located in the La Sagrera district to the north of the city centre. The Cine Imperial was opened arounf 1928. It was closed in 1980. In 1982 it was converted into Le Sagrera Civic Centre.