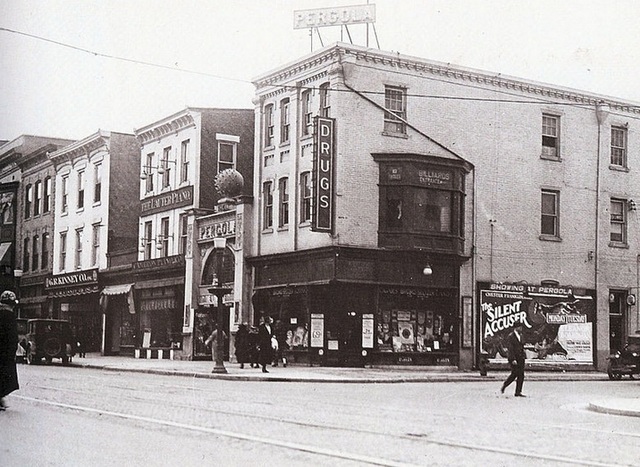 Opened as a bowling alley, billiard parlor and penny arcade in 1906, the Pergola added a small nickelodeon to its attractions in February, 1908. The movies proved popular, and the theatre took over the arcade’s space a few months later. It was expanded again in 1910, displacing the bowling alleys, and by 1912 the billiard room had been moved upstairs and the theatre occupied the entire ground floor space and a small balcony.

The building itself was enlarged in 1916, allowing the Pergola Theatre to continue operating as one of Allentown’s most successful movie theatres. The Pergola Theatre remained popular until the end, which came in December, 1925, when the house was closed to make way for the construction of a new headquarters building for the Pennsylvania Power & Light Company.

A New Pergola Theatre was built, opening at 9th Street and Court Street, a short distance north of the old location, in 1928. It was later renamed the Boyd Theatre, which operated until meeting the same fate as its predecessor, being demolished in 1971 for an expansion of PP&L’s headquarters.