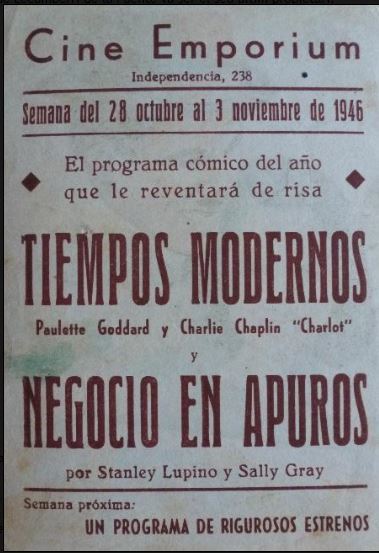 Located in the northeast of the city centre, close to the fame La Sagrada Familia church by Gaudi. The Cine Emporium was opened in 1927 with 700 seats. In 1939 it was re-named Cine Paraiso. In 1945 it reverted back to its original name.

In 1956 it was rebuilt and enlarged to 1,032 seats to the plans of architects Alberto Marques Gassol & Enrique Pique Marco. It re-opened on 4th December 1957. The Cine Emproium was closed in September 1984. In 2018 the current use of the building is unknown.