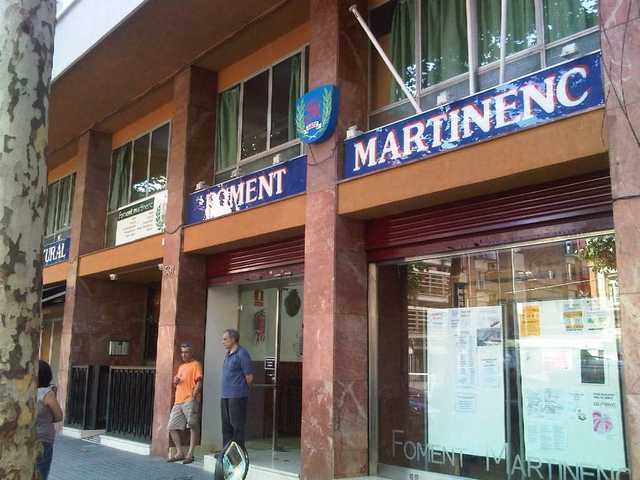 Located in the north of the city centre, not too far from the famous La Sagrada Familia church by Gaudi. The Teatro Fomento Martinense was opened in September 1897.

It was rebuilt and opened as a live theatre, Teatro Foment Martinenc, in 1929 with the opera “Carmen” by Bizet.

In 1931 it was converted into a cinema, re-named Cine Foment Martinenc. It was closed in 1973.

On 26th September 1976 it opened as a cultural centre which continues today.